​The Generation Equality Forum in Paris took place from 30 June – 2 July, engaging nearly 50,000 people with the announcement of bold gender equality commitments including $40 billion of committed investments and the launch of a global 5-year action journey to accelerate gender equality by 2026. 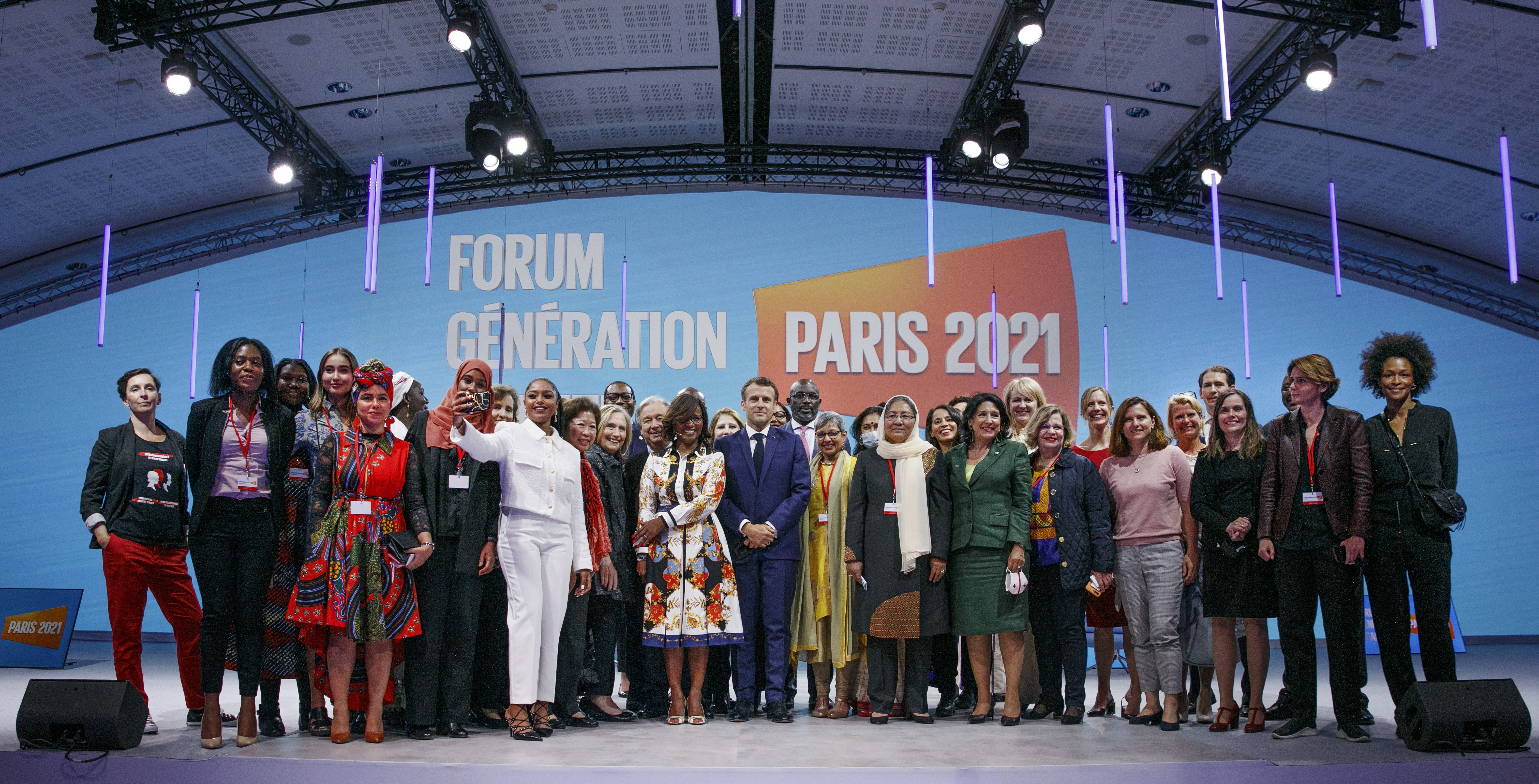 The Generation Equality Forum in Paris closed on 2 July featured over 110 events over 3 days, hosted via an online platform. The event included a dynamic youth-led stage, civil-society sessions and sessions aligned with the Forum’s Action Coalitions. The Forum launched a global 5-year action journey to accelerate gender equality by 2026, ‘Global Acceleration Plan for Gender Equality’. The Forum also launched a Compact on Women, Peace and Security and Humanitarian Action, and announced new gender equality initiatives focused on health, sports, culture, and education.

Recordings of the sessions are available for viewing on the online platform and all the recordings will available soon on the Generation Equality Forum YouTube channel.

Heads of State, leaders and activists open the Generation Equality Forum in Paris

The Forum was opened by the co-hosts, President of France, Emmanuel Macron and Mexico’s President, Andrés Manuel López Obrador, as well as by UN Secretary-General António Guterres and convener of the Forum, Phumzile Mlambo-Ngcuka, Executive Director of UN Women. The ceremony was centred on the voice of civil society activists and women’s rights defenders and featured long-term advocate for gender equality and Former Secretary of State Hillary Clinton in an intergenerational dialogue with climate activist Julieta Martinez.

The USD 40 Billion of investments confirmed at the Forum’s close represent a major step-change in resourcing for women’s and girls’ rights. Lack of financing is widely understood to be a major reason for slow progress in advancing gender equality and in enacting the women’s rights agenda of the milestone 1995 Beijing Conference. By the close of the Forum, governments and public sector institutions had committed to USD 21 Billion in gender equality investments, the private sector USD 13 Billion, and Philanthropy USD 4.5 Billion. UN entities, international and regional organizations committed an aggregate of USD 1.3 Billion. In addition to these bold investments, many organizations made strong policy and program commitments, including 440 civil society organizations and 94 youth-led organizations. Forum organizers expect that the approximately 1,000 commitment-makers confirmed to date will be joined by many others over the next five years.

The Forum saw the unveiling of a wide range of commitments from every sector, with examples including:

UN Women will maintain a critical role driving the Forum’s 5-year action journey, ensuring robust monitoring and accountability for implementation of the commitments made, including through dedicated internal capacity.