The Generation Equality Forum Mexico concluded on March 31st, after 3 days of dynamic discussions, activities and cultural celebration, with the unveiling of the draft blueprints of the Action Coalitions: A Global Acceleration Plan for Gender Equality and of new catalytic commitments for gender equality. These set the stage to pass the Forum’s torch to its next step in Paris from 30 June to 2 July, which will be a major commitment-making moment. Youth and civil society leaders also launched a 2026 vision and a common feminist pathway.

The virtual Forum in Mexico City, 29-31 March, registered more than 13,000 participants from all parts of the world, 48% of whom were aged 34 and younger. The event also engaged over 250 speakers from 85 countries to reinvigorate action and movements for gender equality. The meeting took place amid growing concerns that COVID-19 has exacerbated a “gender equality crisis”, making action and investment in women’s rights critical. A quarter century after the landmark Beijing Conference and Platform for Action, the Forum aimed to re-ignite efforts for full implementation.

Missed any of the key moments from the Forum? Catch up here.

Opening of the Generation Equality Forum in Mexico City

They were joined by youth activist Elvira Pablo and civil society leader Sharon Bhagwan Rolls (via video link), representing youth and civil society groups who are partners in designing and co-creating the Forum, as well as by Olga Sanchez Cordero, Secretary of the Interior of Mexico, and Marcelo Ebrard, Secretary for Foreign Affairs of Mexico.

A plenary session ‘Women and Transformative Leadership for Generation Equality’ highlighted women’s leadership as one of the key drivers for gender equality and featured the Prime Minister of Finland Sanna Marin, the UN’s Deputy Secretary-General Amina Mohamed and many other speakers. The panellists spoke to the importance of inclusive leadership and the change it can bring for all girls and women around the globe, and shared their approaches and experiences before and during the COVID-19 outbreak. Watch the recording of the plenary session here

Twenty-two thematic dialogues took place throughout the first day of the Forum, focusing on the structural inequalities and crises that underlie the implementation gaps of the Beijing Platform for Action. Bringing together diverse panellists from a vast variety of sectors and backgrounds, discussion topics ranged from feminism in the context of the climate emergency to the need for digital technology inclusion, support of feminist movements and grassroots organizations, gender-based violence, and more.

The Action Coalition leaders launch their Global Acceleration Plan for Gender Equality on the second day of the Generation Equality Forum.

The Action Coalition’s ‘Global Acceleration Plan for Gender Equality’ was launched at the Forum, which presents the draft roadmap to accelerate progress on gender equality and includes the Blueprints for each of the six Action Coalition themes. This document is the result of a highly dynamic and iterative process, in which the Action Coalitions have worked together to build an acceleration plan on key areas that matter to women’s and girls’ lives. Explore the ambitious agenda in full here.

The Culmination of the Forum: Catalytic Commitments and Passing the Torch to Paris

Closing the Forum for the Government of Mexico, Mr. Marcelo Ebrard, Secretary for Foreign Affairs of Mexico, shared the country’s vision of feminism as a guide for change in the face of the great inequalities that the COVID-19 pandemic has exacerbated.

The closing day also showcased catalytic commitments designed to inspire and mobilize the larger commitment-making efforts that will take centre-stage at the Paris event:

Key cultural moments at the Forum included the Generation Equality Film Festival, featuring a live awards ceremony on day two of the Forum. The films depict, in a powerful and profound way, why it is critical to end all harmful practices, including female genital mutilation, and to fight against stereotypes and social norms. Watch the winners and official selection here.

As part of the Generation Equality Forum closing ceremony, “Flying in Sorority” a mural by Mexican artist Adry del Rocío was unveiled. The mural was curated and produced by Street Art for Mankind (SAM). The piece, which aims to recognize Mexico's feminist movements in all their diversity from a historical perspective, and call for action towards gender equality, is inspired by the aspirations of youth, and will be an enduring legacy of Generation Equality Forum in Mexico. 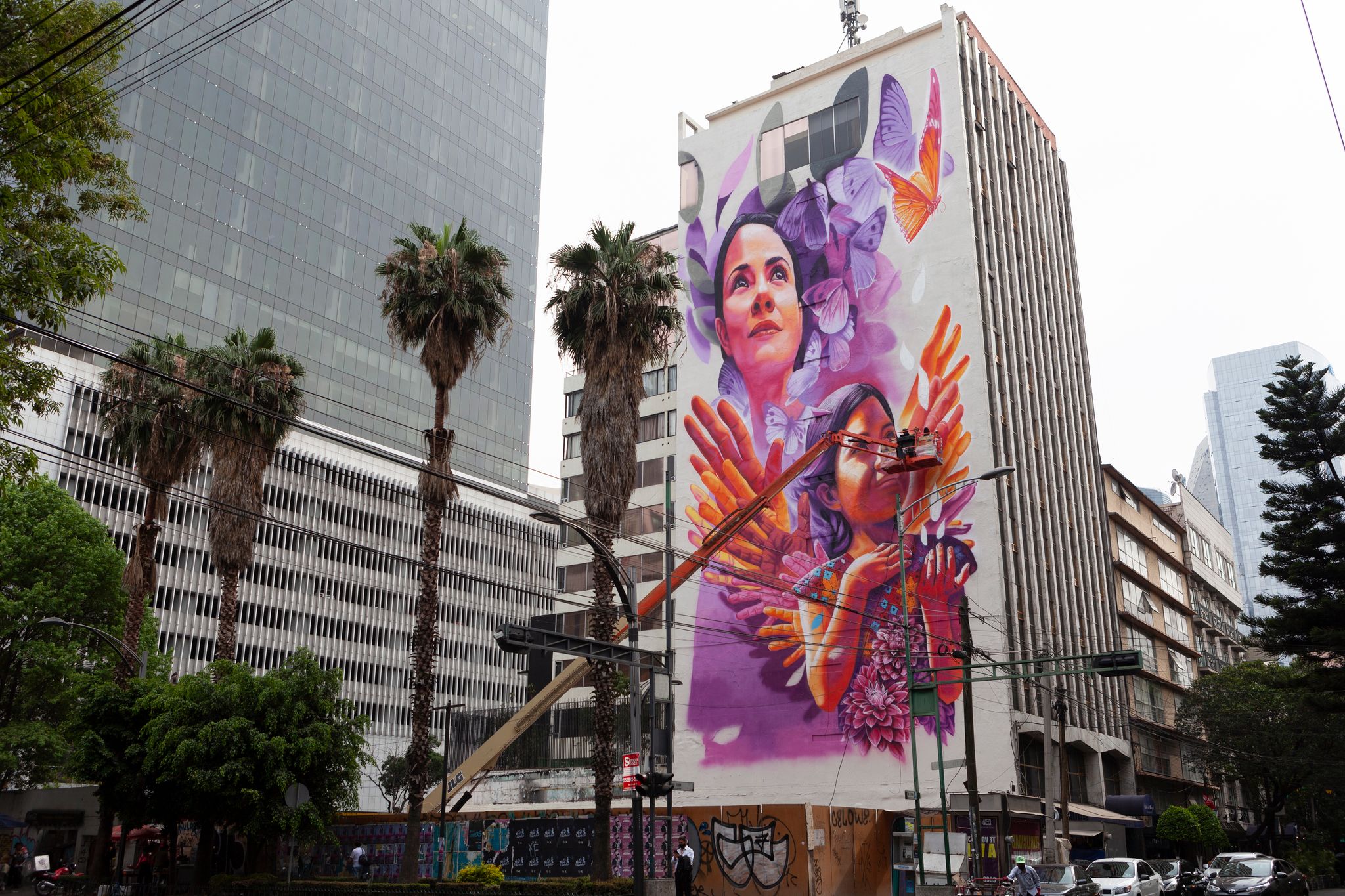 Action and Commitments for the Journey to Paris

The next phase of the Forum journey focuses on gathering actions and commitments for gender equality to be announced in Paris in June.

Organizations interested in becoming a Generation Equality Forum commitment maker may view the FAQ or complete an expression of interest.

Join the #ActForEqual campaign to take action and drive commitments towards the Generation Equality Forum in Paris.