On the occasion of International Women’s Day 2022, Gucci - Leader of the Action Coalition on Feminist Movements and Leadership - has released a special capsule collection, inspired by UN Women’s Generation Equality initiative, to amplify calls for accelerated progress and action towards a gender-equal future. Comprised of a T-shirt and baseball cap, the collection falls under the banner of CHIME FOR CHANGE, Gucci’s longstanding global campaign to convene, unite and strengthen the voices advocating for gender equality.

These new grants advance Gucci’s five-year commitment to UN Women's Generation Equality Action Coalitions to apply intersectional approaches; support community-led and trust-based giving focusing on the next generation of activists; and provide direct, flexible funding to feminist organizations and leaders around the world.

“We at Gucci proudly embrace the values and the action plans brought forward by “Generation Equality” to accelerate progress for gender equality. With our campaign CHIME FOR CHANGE we stand together to support the next generation fighting for freedom, equality and respect,” said Marco Bizzarri, President and CEO of Gucci.

The release of the dedicated capsule collection is part of a series of policy, programmatic, advocacy and financial commitments Gucci made in 2021 as the private sector leader of the Generation Equality Action Coalition on Feminist Movements and Leadership. The Action Coalitions are convened by UN Women to catalyze multi-sector collective action toward gender equality and deliver concrete results for girls and women in all their diversity.

Gucci responded to the call for bold initiatives with the following commitments:

Explore the Generation Equality collection here and learn more about the Action Coalitions and how to make a commitment here. 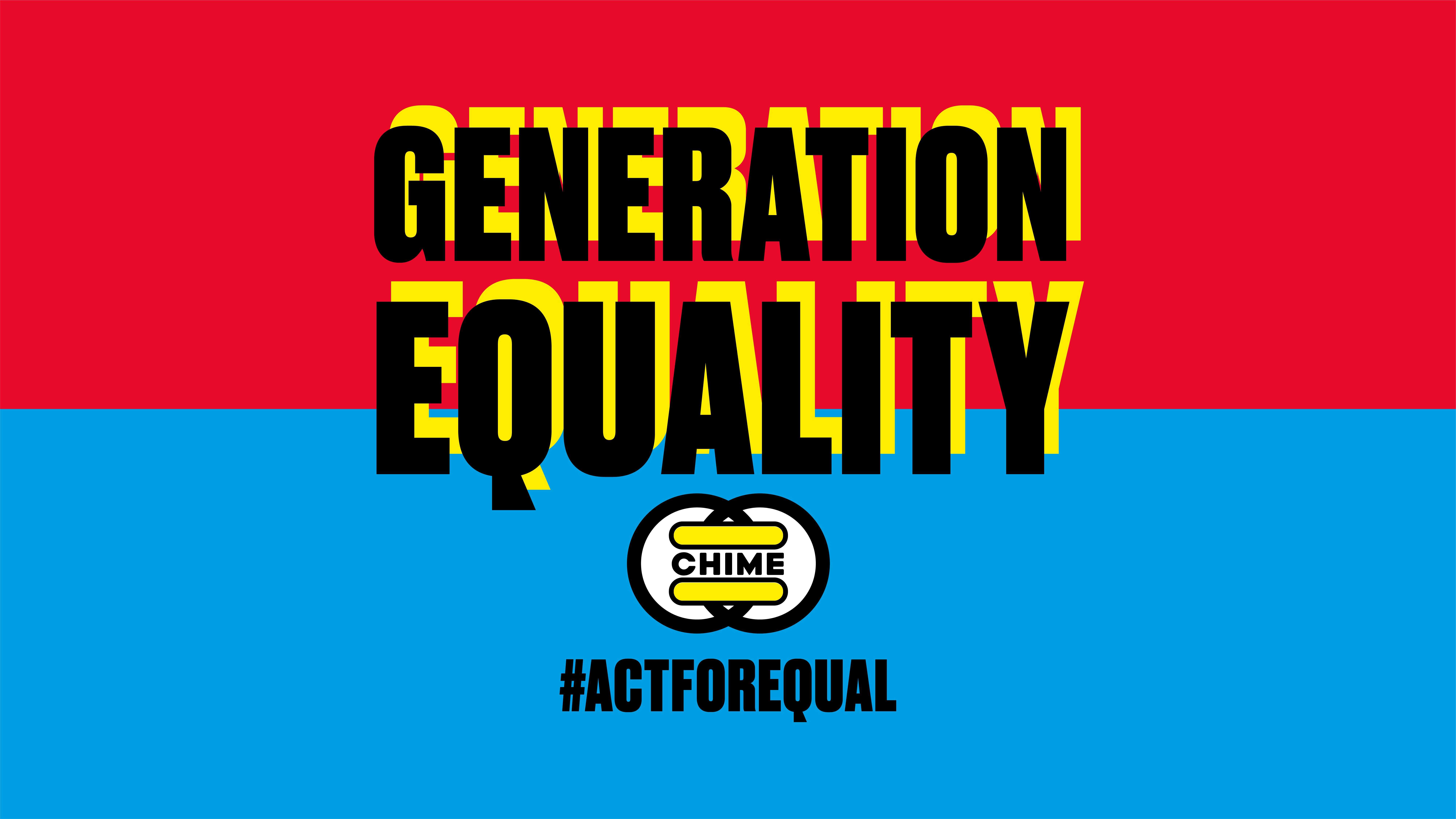